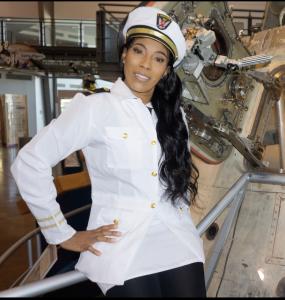 It became my mission upon my release to help as many families as I could preserve the family unit even under the most difficult situations.”
— Letitia Scott Jackson, Founder Keeping Families Connected

DALLAS, TEXAS, UNITED STATES, June 15, 2021 /EINPresswire.com/ — Keeping Families Connected (KFC) has announced their 4th Annual Creations of Fashion for A Cause will take place Saturday, June 19th at 6 PM at the Frontiers of Flight Museum located at 6911 Lemmon Avenue in Dallas, TX.

This year's star-studded event will be hosted by Love & Hip Hop New York's MENDEECEES HARRIS and Dallas' own star of the Real Housewives of Dallas LEEANNE LOCKEN. The annual fashion extravaganza will benefit Keeping Families Connected, a 501c3 non-profit, and their commitment to rebuilding families and fostering life skills in youth and young adults from broken homes.

Founder Letitia Scott Jackson was inspired to launch KFC after being wrongfully convicted and separated from her children. The businesswoman and philanthropist explains, "During my wrongful imprisonment, I met several mothers who had not seen their children since entering the system. It became my mission upon my release to help as many families as I could preserve the family unit even under the most difficult situations." KFC provides free transportation multiple times per month for family members wishing to visit incarcerated loved ones. Scott Jackson also sponsors back-to-school supply donation drives, community holiday gifting drives and Kidpreneur, which teaches children the fundamentals of business ownership.

Tickets to the 4th Annual Creations of Fashion for a Cause are on sale now at
https://www.eventbrite.com/e/2021-creations-of-fashion-for-a-cause-next-level-tickets-149345473331 For more information, contact Letitia Scott Jackson at keepingfamiliesconnected2015@yahoo.com.