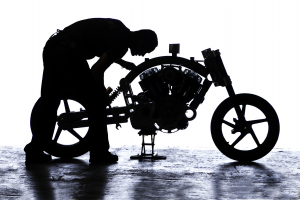 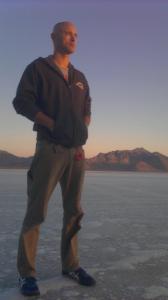 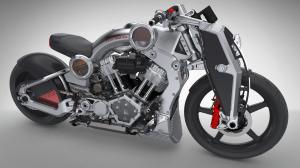 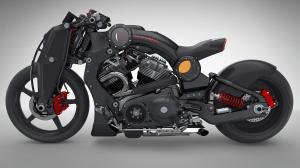 After openly communicating my own vision and giving everyone an opportunity to contribute, there is no doubt that the team is fully invested into the growth and success of Combat Motors.”
— Ernest Lee

BIRMINGHAM, AL, USA, May 6, 2021 /EINPresswire.com/ — There are few people in this world that can give you the distinct impression they could be left on a deserted island with nothing but a roll of duct tape and a clothespin; two days later you would get a selfie of him, with your favorite aunt, enjoying a couple of mojitos on the back of a yacht… halfway across the world. This is the first thought that comes to mind when we learn more about the history of Combat Motors’ master builder and test-pilot, Jason Reddick.

Jason started working his magic for, then, Confederate Motorcycles in 2007, shortly after the company’s relocation from Baton Rouge, LA following Hurricane Katrina. He would use his skill set to help the company create the functional aspect of every forward thinking design the team could come up with. A mind firmly set in the reality of creating machines that cannot just look good but also function and endure to be the flawless time-pieces that we’ve all come to know and love.

Is he qualified? If anything, he is overqualified. Jason, a Hawaiian-born adventureman, has spent the majority of his life in Birmingham, Alabama. He served our country from 1999 to 2003 in the United States Air Force. He received training to work on the most badass fighter jets known to every young boy and girl who grew up with movies like Top Gun or Independence Day. A certified F-15 / F-16 Fighter Jet technician who had the sole responsibility of maintaining the functional aspect of these multi-million dollar pieces of equipment. His experience would be critical in making machines like the G1 Wraith, P-120 Fighter, X-132 Hellcat and Hellcat Speedster a functional reality. So yeah, this guy could probably weaponize a coconut with nothing more than a ballpoint pen and a conch shell.

So what, he can build cool stuff… that it? Nope. Jason is also Combat Motors’ test-pilot. When you see pictures of Confederate Motorcycles racing down the Bonneville Saltflats, you are likely seeing Jason Reddick. He is one of only a handful of people with the huevos to push these machines beyond their mechanical limits in the brutal landscape of Bonneville. Jason set an APF-2000 AMA record in 2009 on a G1 Wraith, where he topped out at 166.46 MPH on the massively displaced JIMS Racing air-cooled V-twin. He would also pilot the G1 Fighter in 2016 at Bonneville while simultaneously holding the title of Builder & Crew Chief for Confederate Motorcycles LS Racing Team; the “LS” is short for Land Speed.

Schooling also includes a BSA in Business from the illustrious University of Alabama at Birmingham where Jason equipped himself with the necessary tools to master his current responsibilities and prioritize each task with military precision. Later on in his career, Jason would work with Confederate Motors’ lead designer, Andrew Reuther, on component layout and packaging for the 2015 P-51 Combat Fighter. Jason’s team mentality would prove invaluable to the successful completion of this and future projects that would help shape the new future of Combat Motors.

Jason and Andrew have reconvened over the revitalized G2 Combat Wraith, which means this bike will carry every ounce of authenticity from past builds and brand name. The leadership and guidance of Ernest Lee, owner of Combat Motors, has unleashed the potential of the Combat Motors team onto the world. "After openly communicating my own vision and giving everyone an opportunity to contribute, there is no doubt that the team is fully invested into the growth and success of Combat Motors."

What’s next? Stay tuned for an upcoming web-media channel that will showcase the current builds from the highly skilled hands of master builder, Jason Reddick.