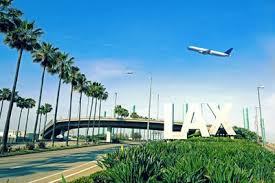 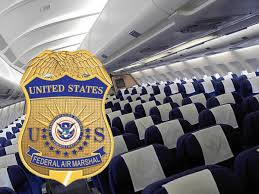 I am outraged by the actions of my supervisors, they have compromised my anonimity and jeopardized the mission of our agency.”
— Federal Air Marshal Los Angeles Field Office

WASHINGTON, DISTRICT OF COLUMBIA , UNITED STATES , November 24, 2020 /EINPresswire.com/ — The Air Marshal National Council (AMNC), the exclusive voice of flying Federal Air Marshal’s, announced today that they have taken the unusual step of issuing the Supervisory Special Agent in Charge of the Los Angeles Field Office a Cease and Desist order. This action will put a stop to the egregious practice of certain high ranking Air Marshal managers who share the identities and movements of rank and file covert Air Marshal’s with third party private airport vendors.

Sharing our flying Federal Air Marshal’s protected information with a private company with no legitimate need to know we believe opens the door for certain malicious actors to exploit the Air Marshal’s identities and locations. It may also violate the Agency’s own Insider Threat policies that are designed to protect sensitive information from being released to unauthorized individuals. TSA Administer Pekoske was also notified as it is unclear if this release of Sensitive Security Information (SSI) was authorized from TSA Headquarters. TSA's definition of Sensitive Security Information is information that, if publicly released, would be detrimental to transportation security, as defined by Federal Regulation 49 C.F.R. Part 1520.

Its unheard of for any Federal Agency to share sensitive security information with private companies with no legitimate need to know that information. Yet, that’s exactly what we are seeing not only in Los Angeles but in other field offices as well.

We believe the actions we have taken today will put a stop to this possible unlawful and completely unnecessary practice. Today’s actions could set the stage for future legal action if necessary.