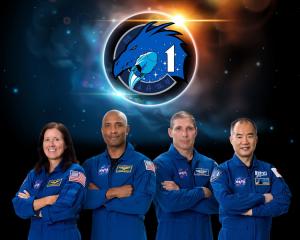 For the first time, a ticket to LEO can be purchased commercially, enabling the opening of near-Earth space to a vast range of business endeavors…”
— Dale Skran, Chair of the NSS Executive Committee

WASHINGTON, D.C., USA, November 19, 2020 /EINPresswire.com/ — On Tuesday, at 11:01 pm Eastern Time, SpaceX’s Crew-1 flight, with a crew of four astronauts, successfully docked with the International Space Station in its first operational mission. The National Space Society, along with the Alliance for Space Development, has engaged in a multi-year campaign supporting the contracting of commercial suppliers by NASA to provide routine and affordable access to the ISS and Low Earth Orbit (LEO).

“For the first time, a ticket to LEO can be purchased commercially, enabling the opening of near-Earth space to a vast range of business endeavors,” said Dale Skran, Chair of the NSS Executive Committee. “This includes the recently announced Tom Cruise movie to be shot aboard the ISS. Just as importantly, the ongoing increase of the ISS crew size from six to seven will double the scientific and commercial output of the space station.”

In March 2014, the NSS embarked on a long-term campaign to support Commercial Crew on multiple fronts, including a formal position paper that gained traction within the U.S. government.

“The NSS welcomes the addition of commercial modules to the ISS as planned by Axiom as well as the free-flyers we anticipate from Nanoracks and Sierra Nevada. These new capabilities will form a strong bridge to a post-ISS future based on commercial LEO space stations,” added Alfred Anzaldua, Chair of the NSS Policy Committee and NSS President.

Michelle Hanlon, the NSS Executive Vice President, added, “We look forward to the planned addition of the Nanoracks Bishop commercial airlock in December of this year, hopefully just the first of many commercial additions to the ISS.”

The Crew-1 mission is expected to remain at the ISS for 6 months, by far the longest duration for an American spacecraft at the station. This is the 100th crew to arrive at the ISS across the past 20 years, and the station has hosted 242 people from 19 countries. Further details of the NSS's vision for our future in space is available in the Society's Roadmap for Space Development.