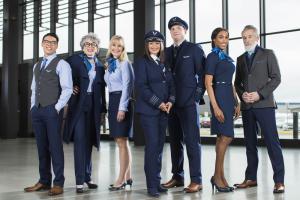 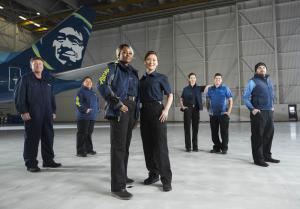 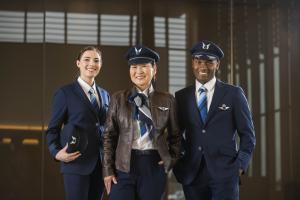 As businesses seek a competitive edge, providing employees with a fresh look can be a cost-effective way to appeal to existing and new customers.”
— Steve Zalkin

OMAHA, NE, US, June 18, 2020 /EINPresswire.com/ — The North American Association of Uniform Manufacturers and Distributors (NAUMD) has named Alaska Airlines a winner of the 2020 Image of the Year Award® competition, an annual program that recognizes the most fashionable, forward-thinking and innovative commercial apparel designs and the businesses that wear them.

Alaska Airlines was one of ten companies that received the best dressed nod. The program is recognized in the Transportation – People category and received the high honor as a “Best of the Best” award.

Alaska Airlines and their subsidiary Horizon Air are a major American airline headquartered in Seattle, Washington. They are the fifth largest airline in the United States. The company has just under 20,000 uniformed employees. Alaska Airlines selected internationally recognized Seattle-based fashion designer Luly Yang and Unisync Group Limited to develop the custom uniform collection. The program was built on a foundation of safety as Alaska Airlines became the first airline in the U.S. to certify a custom uniform collection to STANDARD 100 by OEKO-TEX®. This certification program is one of the world's best-known labels for textiles tested for harmful substances and means every component of the product, i.e. every fabric, thread, button and other accessories, has been tested for harmful substances that in many cases go beyond national and international requirements

For over four decades, the NAUMD’s Image of the Year Award® Competition has honored uniform manufacturers, distributors and end users that have mastered the concept of fashion and function within image and market planning. Specifically designed to assist in identifying staff and professionals, image apparel can also extend a company’s brand, increase safety, enhance interior décor and improve employee morale. “As businesses seek a competitive edge, providing employees with a fresh look can be a cost-effective way to appeal to existing and new customers,” noted NAUMD President Steve Zalkin.

The complete list of 2020's Image of the Year Award® Winners is:

A planned awards dinner was canceled due to the health pandemic, and there was talk about scrapping the entire program until 2021, but that was eventually reconsidered. “So much of life had already been canceled. To void the accomplishments of those who produced great apparel and uniform programs simply did not feel right,” explained Zalkin. “So, while we can't host a physical awards night this year, we will still honor the achievements of 2020. Doing so is important and appropriate, and proof that better days are ahead.” All winners receive award plaques.

About NAUMD
The North American Association of Uniform Manufacturers & Distributors (NAUMD) has served as the voice of the uniform and image apparel industries since 1933. Its 500+ members include manufacturers, designers, producers, and retailers of uniforms, as well as those who produce products and services for the industry at large.

The NAUMD works to protect the interests of its members through a series of advocacy, education, and public relations campaigns intended to arm them with the tools needed to retain and capture business in a global economy. The association has authored a number of position papers and has an extensive library of information from which members can further their understanding of the uniform marketplace. NAUMD also hosts an annual convention and trade show where attendees can source products, learn about trends, and gain practical, take-home knowledge to better run their business.

You can learn more about NAUMD and the Image of the Year Award® by visiting www.naumd.com