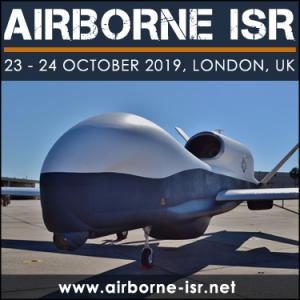 LONDON, UNITED KINGDOM, October 16, 2019 /EINPresswire.com/ — With only one week to go until SMi’s 5th Annual Airborne ISR conference, taking place on 23rd-24th October 2019 in London, delegates will thoroughly examine the disciplines of air based intelligence gathering, processing, command and control, with some of the world’s leading ISTAR operators, capability developers and solution providers.

For those interested in attending the conference, places are filling fast. Register at www.airborne-isr.net/einPR11

2. Attendees will also have the chance to engage with leading military and industry representatives and senior technical leaders and discuss the lessons learned from the adoption and integration of new 5th generation platforms and ISR infrastructure.

4. Those attending the event will gain the opportunity to network with prominent military and industry decision makers in Airborne ISR, by taking advantage of 5+ dedicated hours of networking time, as well as experts defining the future of technological capabilities within the field.

Delegates will have the chance to meet and network with the following organisations already signed up to attend, including:

For the full event details and speaker line up, the brochure is available to download at www.airborne-isr.net/einPR11