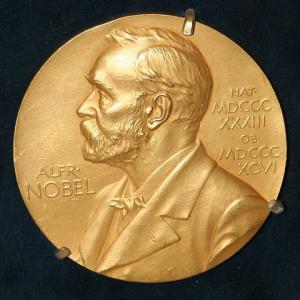 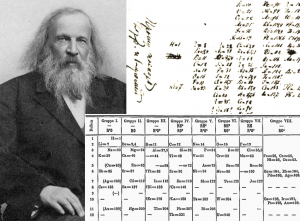 Mendeleev and the Periodic Table of Elements 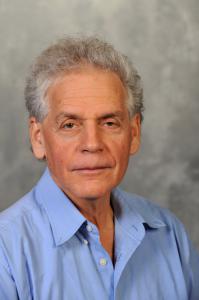 The Nobel committee's choices don’t always seem impeccable and might be prone to strange omissions. But not in the case of the Fullerene's discovery.

YAVNE, ISRAEL, October 7, 2019 /EINPresswire.com/ — One of the greatest chemists in history, Dmitri Mendeleev, who devised the Periodic Table of Elements, was shortlisted to receive the Nobel Prize on three different occasions but was never awarded one. Jealousy and revenge were to blame. Vladimir Nabokov and James Joyce never won in the Literature category. However, an American musician Bob Dylan got his gold medal and a diploma, plus almost one million dollars, for his “outstanding contributions in Literature.” Mahatma Gandhi never saw his Nobel Peace Prize either, even after five nominations. Why bother then? Would you say that the Nobel Prize is still the coveted award every politician, scientist, or writer is dreaming about? Does it even matter as it did for more than a hundred years?

When Alfred Nobel wrote his last will at the turning point of the 1900s, it was already pretty complicated to select only one winner. Physics, Medicine, and Literature were advancing and changing in gigantic leaps. Chemistry was at the peak of the Chemical revolution. After all, dynamite inventor Alfred Nobel himself was a chemist first, and a successful businessman – later. Till today some chemists are baffled by the fact that Mendeleev was left without the noble ‘Nobel laureate’ title. His famous Periodic Table of Elements, one of the most recognized "spreadsheets" turned 150 years old in 2019. It was published in 1869 and contained only 63 elements. Mendeleev has not only came up with a groundbreaking version of the chemical chart but also foretold the properties of eight elements yet to be discovered. Russian inventor was far ahead of his time. Three times the Nobel Committee was discussing Mendeleev's nomination in the final rounds. All of the attempts were fruitless. Some claimed that Mendeleev's rejections were due to behind-the-scenes machinations of one dissenter on the Nobel Committee who disagreed with his work.

Nowadays, there is a different sentiment among chemists. A general feeling that the Nobel Prize in Chemistry is rather frequently awarded to non-chemists. In the last 30 years, at least ten times the Nobel Prize in Chemistry was given for work classified as biochemistry or molecular biology, and once to a materials scientist. And that the real, hard-working chemists are left empty-handed. On top of that, it often takes years to determine whether a person's work has had a significant enough impact to deserve a Nobel.

The discovery of a Fullerene structure was deemed prize-worthy more than a decade after it was recorded for the first time. In 1996 the Nobel Committee noticed the work of a U.S.-British team of scientists who observed that under certain conditions, carbon atoms would cluster together to form a stable, hollow sphere. These particles were named after Richard Buckminster Fuller, the architect of the geodesic dome. Initially, it was believed that only carbon exhibits this kind of behavior. However, in 1992, Prof. Reshef Tenne and his colleagues succeeded in producing inorganic fullerene-like particles from tungsten disulfide, or IF-WS2 for short.

The superior properties of the new compound gave a kick-start for the development of the next generation of solid lubricants that cut friction in half. Unlike liquid lubricants that freeze in the extreme cold of outer space and lose their effectiveness in a heated engine and heavy-load transmission systems, IF-WS2 get “around” this problem. Inorganic Fullerene-like Tungsten Disulfide based lubricants and coatings outperform all existing solids, including regular tungsten disulfide, molybdenum disulfide, and graphite.

"Usually, solid lubricants contain crystallites, which are shaped like flat platelets and have chemically reactive edges," says Tenne. "In working conditions, they stick to machinery parts and undergo chemical reactions that lead them to decompose and rub off."

Spherical submicron particles of IF-WS2, on the other hand, have no edges, where the chemical reactions that make other lubricants stick can take place. Moreover, IF-WS2 particles act as tiny ball-bearings. Under extreme pressure, the multilayered particles exfoliate, like an onion, forming a protective film on the contacting surfaces. Extensive field trials have been carried out to ascertain the stability of the lubricant in various environments. The addition of even a small volume of IF-WS2 particles to oil, polymer, and metal coatings, reduces the friction coefficient and wear rate. IF-WS2 are easily dispersed in various media, including water, oil, grease, and solvents. This nanotechnology is exclusively licensed to an international corporation Nanotech Industrial Solutions – the only company with the know-how on controlling the shape and size of IF-WS2 particles.

Today, NIS markets this cutting edge substance in dispersions to several industrial sectors, including but not limited to Automotive, Electricity generation, Mining, Steel Manufacturing, Medical, and Military. In Airspace, IF-WS2 Formulated polymers and coatings help highly sophisticated equipment function properly even in the most demanding conditions and extreme temperatures. The existing range of commercially successful products serves as a sound foundation for NIS' R&D team's continuing development of new applications based on unique physical and chemical properties of closed-caged nanoparticles of IF-WS2. The reinforcement of composite materials and new types of coatings are the next fields of interest of the company.

It is fascinating that the discovery of a minuscule Fullerene structure has guided chemists and engineers to find new ways to improve lubrication needs across so many industries! The Nobel Prize buzz around fullerene-like nanoparticles gave this important scientific step even a considerable boost and, obviously, well deserved worldwide recognition.

Yes, unfortunately, not all great achievements are noticed by the Nobel committee members. And yes, the committee choices don’t always seem impeccable and might be prone to strange omissions. Nonetheless, in the case of the Fullerenes, the Nobel stamp of approval has played and still plays a critical role. It helps the lubricant industry professionals to identify the importance and tremendous potential behind this tiny structure.