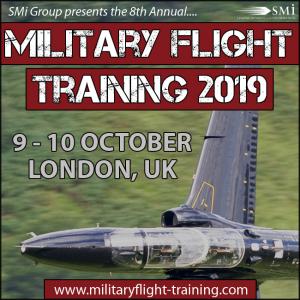 SMi Reports: Senior representative from the Royal Canadian Air Force will be speaking at the Military Flight Training Conference in London, next month

About Lieutenant Colonel Erik Rozema-Seaton: After joining the RCAF as an Air Navigator in 1998, he has flown as an instructor/evaluator on the CC130H and E-3, deploying numerous times around the globe. An experienced staff officer at the Canadian Joint Operations Command, he was also the Deputy Commanding Officer of 426 (T) Sqn, and the Commanding Officer of Canadian Forces Station Alert, having recently assumed command of 426 (T) Sqn on 20 July 2018. Lt Col Rozema-Seaton is also a graduate of the Canadian Joint Command and Staff Program, and holds two master's degrees.

The event brochure with the full agenda and speaker line-up is available to download online at http://www.militaryflight-training.com/einpr8

Other Fixed-Wing Training presentations include:

Mr Martin Scherrer, Head of Flight Operations,Diamond Aircraft Industries GmbH [SPONSOR] will be speaking on ‘DART-550 The Next Level of Versatility’.

For those interested in attending the conference next month, registrations will soon be limited. It is advised to book your place at http://www.militaryflight-training.com/einpr8

—- END —-
About SMi Group: Established since 1993, the SMi Group is a global event-production company that specializes in Business-to-Business Conferences, Workshops, Masterclasses and online Communities. We create and deliver events in the Defence, Security, Energy, Utilities, Finance and Pharmaceutical industries. We pride ourselves on having access to the world’s most forward-thinking opinion leaders and visionaries, allowing us to bring our communities together to Learn, Engage, Share and Network. More information can be found at http://www.smi-online.co.uk